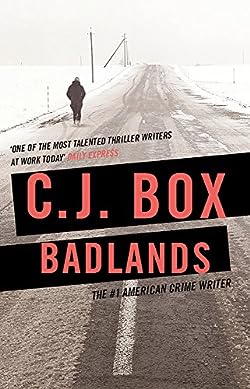 Grimstad, North Dakota – a place people used to be from, but were never headed to – has struck oil. As pipelines snake across the prairie, oil flows out and men and money flow in. And with them, comes crime. North Dakota’s new oil capital has a serious law and order problem and newly qualified detective Cassie Dewell has just been assigned as its deputy sheriff.

Twelve-year-old Kyle Westergaard is one of Grimstad’s paperboys. Even though Kyle has been written off as the “slow” kid, he has dreams deeper than anyone can imagine – he wants to get out of town, take care of his alcoholic mother, and give them a better life. While delivering newspapers, he witnesses a car accident and now has money and a lot of white powder in his possession.

With the temperature dropping to 30 below and a gang war heating up, Cassie fears she might be in over her head but the key to it all will come in the most unlikely form: an undersized boy on a bike who keeps showing up where he doesn’t belong.