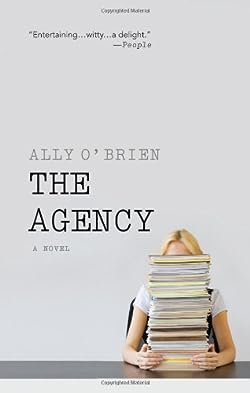 Meet Tess Drake. She’s earned everything she has. Now it’s time to get what she deserves…

Sexy super-agent Tess Drake has worked hard to make a name for herself in the glamorous yet cut-throat entertainment industry. Tess works at an international agency, where she skillfully manages some of the world’s biggest egos—her company, Bardwell International operates in the thrilling, fast-paced worlds of Rights, wrongs and revenge. Tess has been an agent there for longer than she cares to remember and now she’s in trouble. Real trouble. After the mysterious death of the agency’s senior partner, Lowell Bardwright, Tess’s sworn enemy, Cosima Tate, has taken over and would do anything to send Tess’s career down in flames.  And Cosima is only one of the rogue’s gallery of agents in London and New York who want Tess to take a fall.

Tess has another little complication, too.  She’s sleeping with men on both sides of the Atlantic who are in bed with the women who are trying to sink her.

Can Tess jump ship without losing her clients and breaking her heart?  Or will she lose everything before finding out if she really has what it takes to do what she’s always wanted?

There’s risk and reward in this wickedly funny novel that turns the world of agenting inside out and lays bare all the ambition, sex, adrenaline, bad luck, and good luck at the center of one young woman’s success.