Reading the Brian Freeman books in order starts with his first novel, Immoral, published in 2005, which won the Macavity Award for Best First Novel. It was also a finalist for the popular Edgar Awards, Dagger, Anthony, and Barry Awards. The book is the first in his popular Jonathan Stride mystery series.

The author has two additional series, Cab Bolton and Frost Eaton, the latest with the first book published in 2019. In addition, there are new books in the Robert Ludlum Jason Bourne series which are now co-authored by Brian Freeman.

Here are the Brian Freeman books in order for his three crime mystery series. 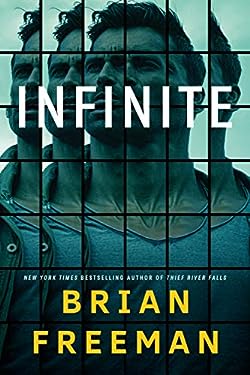 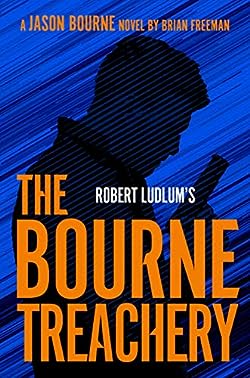 The series features Jonathan Stride, a homicide lieutenant, Maggie Bei, his partner working on the coast of Lake Superior in Duluth, Minnesota, and Serena Dial, a fellow detective and love interest of Jonathan.

Frost Eaton is a homicide detective in San Francisco with very rigid moral codes that, at times, causing him quite a bit of trouble. He is a sympathetic and an honorable character.

Brian started writing from an early age, as he always wanted to write books for a living. Noticing his love of the craft, his middle-school teacher encouraged him to simply sit in a corner and write his story, rather than follow the class curriculum. He finished his first novel at the age of 13. He also loved reading. He probably got his love for mystery novels from his grandmother, who loved reading crime mystery novels.

Brian married his wife, Marcia, there and decided to settle down with his family in St. Paul, Minnesota.

Before starting his author career at the age of 41, he worked as a database systems manager, communication strategist and business writer in Minnesota, after which became director of marketing and public relations for the international law firm Faegre & Benson.

Prior to getting his debut novel, Immoral, published, the author wrote five novels that are now sitting in his drawer as practice books.

So far the Brian Freeman books have been sold in over 45 countries and translated into 20 languages.

The author also wrote a few romantic novels, including West 57 under the pseudonym B.N. Freeman, and The Agency under the alias Ally O’Brien.

The latest Brian Freeman book is The Crooked Street, the 3rd book in the Frost Eaton series, a book published early 2019. The latest Jonathan Stride book is Alter Ego, published in 2018.

The Jonathan Stride series features Homicide Lieutenant Jonathan Stride and his partner Maggie Bei, working on the coast of Lake Superior in Duluth, Minnesota. In Marathon, published in 2017, a bomb explodes at the Duluth Marathon and, invariably, a Muslim man is found as the criminal. But did he really do it?

When the bomb exploded, Stride, his wife Serena, and his partner, Maggie, were right in the middle of it all, as Serena had just completed the race. As the police are clearing the area and the ambulances and medics are there to try to help the injured, many think this was an act of terror, and  Islamic radicalism is in the minds of many. When American Muslim Khan Rashid is pointed a finger at as being a suspect, things turn dire for the poor man, especially when the entire Duluth is looking for him.

The author brings a complex mix of real-life events and people’s feelings about these events and racial differences that are so prevalent in the minds of so many people today.

In Alter Ego, Jonathan Stride is called to work an accident case that is stranger than fiction. During a car accident on the remote road outside of Dulluth, the driver is killed. When Jonathan goes to investigate, he learns that the person doesn’t really exist.

When, the next day, a college girl at Dulluth disappears, Jonathan fears the worst. But he also starts to put the dots together. Could the two cases be somehow related? And what do both cases have to do with the movie that is made based on an older Stride case where several women were kept in cages and then killed?

This book brings the appearance of Cab Bolton as well, although not as a main character.

Reading the Jonathan Stride books in order is not necessary, although recommended. The author mentioned in an interview that whenever he starts a new book, he is very careful in introducing the story and new character, so that newcomers to the series can dive right in.

The Brian Freeman books have been sold in almost 50 countries and translated into over 20 languages. Some have won prestigious awards, including two books winning the Macavity Award, and several have been nominated for such awards as well.

One Response to “Brian Freeman Books In Order”