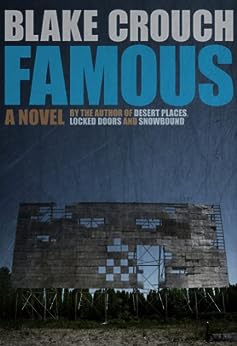 “My name is Lancelot Blue Dunkquist, and the best thing about me is, when you doll me up right, I look just like the movie star, James Jansen.”

Meet Lance. 38-years-old. Works a meaningless job. Still lives above his parents’ garage. By all accounts, a world-class loser. Except for one glaring exception… He has a million-dollar face. Lance has been mistaken twenty-eight times for the Oscar-winning movie star, James Jansen, and for the last 10 years, he’s saved his money, studied Jansen’s films, his moves, his idiosyncrasies, even the way he speaks. Now, after an unceremonious termination from his job, Lance has decided that the time has come to go after his dream.

From New York’s ridiculous avant-garde, off-off-Broadway scene, to the surreal glitter of Los Angeles, follow Lance on his madcap journey of self-abandonment to become his likeness. Part comedy, part human tragedy, and part suspense, the world through the eyes of Lancelot Blue Dunkquist is like none you’ve ever seen. This 50,000-word eBook also contains a bonus interview with Blake, plus excerpts from his other four novels.