Tony Hillerman was an American mystery writer popular for his Leaphorn & Chee crime mystery series. One of New Mexico’s most prominent writers, he has written until his death over 20 fiction books and more than 10 non-fiction biographies, memoirs, and non-fiction books. Here are the Tony Hillerman books in order for his fiction writings, followed by the novels his daughter, Anne Hillerman, continued writing. 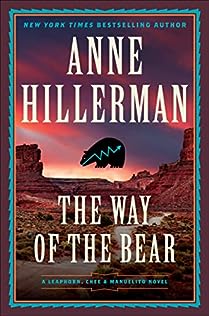 Other Novels By Tony Hillerman

Tony Hillerman (Anthony Grove Hillerman) was born in 1925 in Sacred Heart, Oklahoma, and died in Albuquerque, New Mexico in 2008 at the age of 83. He was raised in Pottawatomie County, Oklahoma, where he attended elementary and high school classes with Pottawatomie children. He was a decorated combat veteran who served as a mortar man in World War II between August 1943 and October 1945.

While working at the Borger News-Herald in Borger, Texas, he met the sheriff of Hutchinson County, who would become the model for his Joe Leaphorn series. Between 1966 to 1987 he taught journalism at the University of New Mexico in Albuquerque, where he lived until he died in 2008. While teaching journalism, he also began writing his first books.

Overall Tony Hillerman wrote more than 30 books, 18 of which were part of the Navajo crime procedural series. His books are known for their compelling descriptions of the Southwestern region, along with its history and the Navajo experience, which he drew upon the knowledge acquired during his many years living in the area.

During his life, he received numerous awards both for his writing and his patriotic duty during World War II.

After his death, his daughter, Anne Hillerman, continued the Leaphorn and Chee series, which was now renamed to Leaphorn, Chee & Manuelito.

A decorated combat veteran of World War II, he earned the Silver Star, the Bronze Star, and a Purple Heart as a mortarman in the 103rd Infantry Division.

For his novels, he received the following awards:

He was nominated for the following awards: