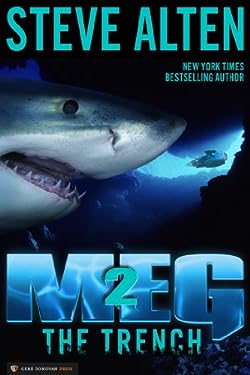 The megalodon monster is back, this time terrorizing California coast, having escaped from the confines of the Monterey Aquarium at the the Tanaka Institute. And now, the only one who can stop it is paleo-biologist Jonas Taylor, who had encountered this prehistorical shark once before and almost didn’t live to tell the tale.

But to stop MEG, Jonas has to go back into the dark abys where he almost lost his soul before. What’s worse, this time around, he must use himself as bait, and if he doesn’t succeed in stopping the megalodon, that’s where it all ends for Taylor and everyone else.

The sequel to Meg takes place four years later and this time around readers cannot help also rooting for Meg, at least a tiny bit. After all, it’s people who disturbed the ancient creature from her home in the Mariana Trench where she had lived before for million years with her offsprings in peace, not bothering anyone, before humans decided it’s time for it to disappear for good.