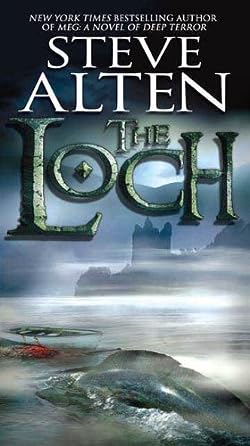 In the first book on the new Loch series, Steve Alten blends fact with fiction in a tale of supernatural thriller and horror.

Is the Loch Ness monster real or is it only a myth? There are too many witness accounts and expeditions to completely ignore it. But then why so far has nobody proven that it actually exists beyond a shadow of a doubt?

The one person who knows that Loch Ness monster is real is marine biologist Zachery Wallace, but he has all but forgotten about it in a trauma that happened during his childhood when he almost died.

When a near-death experience occurred while Zachery was on an expedition in the Sargasso Sea, all those forgotten memories have surfaced once again. And these memories make him unable to cope with the real world, to be a real scientist until his father, a Highlander called Angus Wallace, contacts him asking for help. For Angus is on trial for murdering his partner, but Angus claims he’s innocent.

And only Zachery can prove his father’s innocence, but to do that, he has to confront his monsters from the past, in particular, one called Loch Ness.