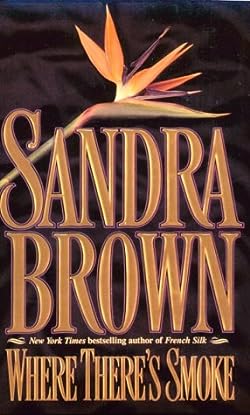 When she returns home to start a new medical practice, Lara finds she can’t escape her troubled past. to open up her medical practice after all these years. Soon she finds herself in the sights of a powerful oil executive who wants nothing more than to be rid of Lara. Lara decides to find the truth behind the corruption and secrets in town- even if it could cost her everything.

Sandra Brown stuns readers with the breathtaking tale of a powerful oil company and the incredible lengths they’ll go to keep their secrets hidden . . . No one knows why Dr. Lara Mallory came back home to Eden Pass, Texas to open up her medical practice after all these years. But everyone remembers her role in the well-publicized scandal that caused the downfall of White House hopeful Senator Clark Tackett.

So when the iron-fisted matriarch of Tackett Oil uses every weapon in her arsenal to drive her out of town, Lara refuses to go quietly. Yet in this corruption-riddled town, nothing is as it seems. An explosive secret lurks beneath the surface, threatening Lara at every turn. Her unlikely ally: Key, the hell-raising youngest Tackett son. Thrown together, they’re on a dangerous quest to expose the one secret that can destroy the Tackett empire-and anyone who dares to challenge its power.