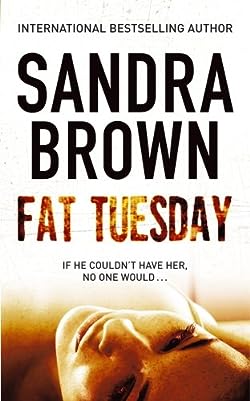 It’s Mardi Gras week in the French Quarter, a perfect time for narcotics cop Burke Basile to avenge the acquittal of his partner’s murderer by kidnapping the defense attorney’s sheltered wife. So begins Sandra Brown’s riveting story of corruption in the Big Easy. As the crisis reaches a fevered pitch, the line between saint and sinner blurs. Who will find redemption as the clock ticks toward midnight on Fat Tuesday?

Burke Basile is a cop with nothing left to lose. Haunted by his partner’s death, his marriage and his career over, he focuses on his nemesis, Pinkie Duvall, a flamboyant attorney who helps killers evade justice. Burke looks for revenge and sees his opportunity lies with Remy, the lawyer’s trophy wife.

But Burke hasn’t planned on the electric attraction he’ll feel for the desperate woman, who rose from the slums of New Orleans to marry a man she can never love. Nor can he predict the fierce duel that will explode as the clock ticks toward midnight on Fat Tuesday, when all masks will be stripped away and Burke must confront his own terrifying secret.