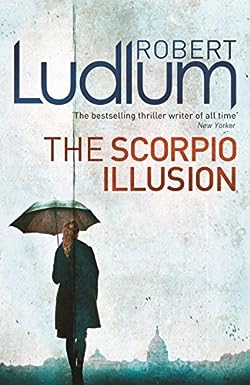 Born in a remote Basque village, she watched, a wide-eyed ten-year-old, as bayonet-wielding soldiers brutally beheaded her parents – and at that moment vowed death to all authority.

Now the one man she loved has been killed in a terrorist raid and Bajaratt, an accomplished assassin and mistress of disguise and deception, has set in motion a bold act of vengeance: a masterful plan to strike with one violent blow at the heads of Israel, England, France, and the United States. To find her, a desperate intelligence community turns to Tyrell Hawthorne. Hawthorne was a naval intelligence officer – one of the best – until the rain-swept night in Amsterdam when he learned that his wife had been murdered, a victim of the games spies play.

Since then, Hawthorne has carved out a new life, sailing charters in the islands. But he’s never forgotten the unanswered questions he left behind in Amsterdam. Now Hawthorne is about to be drawn into the deadliest game of all, as a large transfer of black funds makes its way from Bahrain to an offshore bank…a mysterious woman embarks from Marseilles on a mission of violence and mayhem…and a clandestine network of wealthy, well-placed men and women – the Scorpios – move behind the scenes in the nation’s capital to do Bajaratt’s biddingand to consolidate their own power.

The key to this chilling conspiracy waits on one of the Caribbean’s hundreds of uncharted islands. No one knows these deceptive waters better than Tye Hawthorne. No one – except the brilliant, lethal Bajaratt herself – has mastered the moves of the hunt more cunningly than he. No one else can stop her.