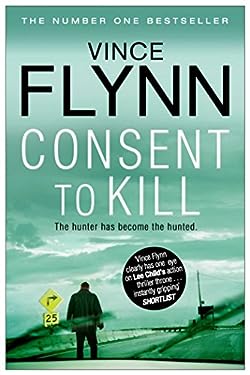 For more than ten years, Mitch Rapp has been on the frontline of the War against Terror. His bold actions have saved the lives of thousands – but in the process, his list of enemies has grown inexorably. There are even those within his own government who would like to see him eliminated.

Thousands of miles away, the influential father of a dead terrorist demands retribution for the death of his son at the hands of the infidels. He wants Rapp dead – and his hate-filled plea has found sympathetic ears. In the tangled, duplicitous world of espionage, there are those, even among America’s allies, who feel Rapp has grown too effective. They’ve been looking for an excuse to eliminate America’s No.1 counterterrorism operative – and they’ve decided to seize the chance.

The Hunter has become the Hunted. A tragedy of unimaginable proportions is about to befall Mitch Rapp – and he must use all his cunning, skill and ruthless determination to stay alive and seek vengeance against the traitor who would bring him down.