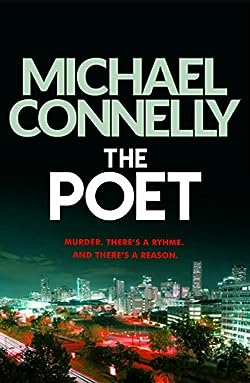 An electrifying standalone thriller that breaks all the rules! With an introduction by Stephen King.

Death is reporter Jack McEvoy’s beat: his calling, his obsession. But this time, death brings McEvoy the story he never wanted to write–and the mystery he desperately needs to solve.

When his homicide detective brother kills himself, McEvoy copes in the only way he knows how–he decides to write the story.

A serial killer of unprecedented savagery and cunning is at large. His targets: homicide cops, each haunted by a murder case he couldn’t crack.

The killer’s calling card: a quotation from the works of Edgar Allan Poe. His latest victim is McEvoy’s own brother. And his last…may be McEvoy himself.