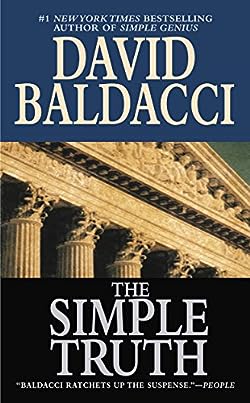 Twenty-five years ago, Rufus Harms was convicted of a murder he believes he committed. But when his memory is jogged by a letter from the army, he has a shocking realization: he’s not guilty.

From prison, Rufus secretly files an appeal with the Supreme Court, unaware that the real killers are onto him. But the long-time convict knows he’s running out of time when his lawyer and the Supreme Court clerk–the first person to see Rufus’s appeal–are murdered.

As the unknown assassins close in on Harms, ex-cop turned criminal attorney John Fiske is drawn into the web. His younger brother is already a victim, the woman he loves is under threat. For the truth and the chance of a future, he will never give up the fight. But for both men time is already running out. Their enemy is buried deep within the system and completely ruthless when protecting the truth . .

Escaping with his brother’s help, Rufus must now elude capture long enough to expose a shocking cover-up and save his own life.