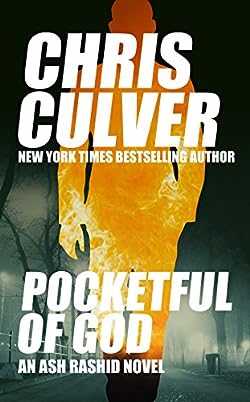 Lieutenant Ash Rashid has spent his entire life fighting to make the world a better place. In that time, he’s missed so many of his children’s birthday parties, parent-teacher conferences, and T-ball games that other parents don’t even know he exists. With a new promotion, though, Ash finally sees his life slowing down. He finally has the chance to become the father his kids deserve.

Then, he receives word of the city’s newest murder.

The victim was executed, shot in the chest five times at close range. On the same afternoon, a young woman was abducted from the steps of the State Capital Building. She’s not the first young woman abducted recently, merely the highest profile. Two cases, seemingly disconnected but intimately intertwined.

Soon, Ash will learn the true cost of a better world. For as he plunges into his investigation, he finds himself fighting extremists intent on starting a war no one will win. It’s a fight Ash can’t afford to lose. Because just as he has dreams for the future, so does his enemy. And they’ll kill whomever they must to bring their twisted visions to reality.