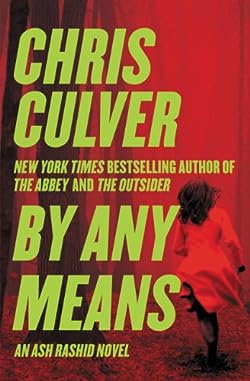 Ash Rashid thought his days as a homicide detective were over. Now with the police force’s community relations department, he gives speeches at elementary schools instead of tracking criminals.

At the end of a particularly grueling summer day, Ash is heading home to his wife and kids when he discovers a pair of bodies, shot execution style, in the front seat of a crashed vehicle.

As the first officer on the scene, Ash finds himself and his department 20 minutes behind a killer in a race where every second counts. With two victims down and a third unaccounted for, the clock is ticking and Ash must find the killer before he strikes again.

Ash has sacrificed too much to back down-and he may now have to pay with his life . . .