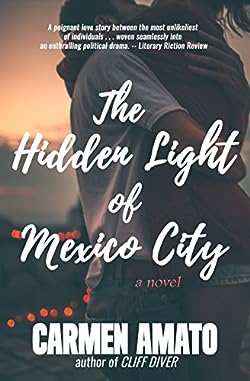 The Hidden Light of Mexico City

Luz de Maria Alba Mora is a talented artist but her dreams have been reduced to a notebook of newspaper clippings about museum exhibits and famous painters. She keeps it under the bed in the room she shares with the other maid who works for the wealthy Vega family in Mexico City.

As a housemaid, Luz de Maria is trapped on the lowest rung of Mexico’s social ladder. Her only chance for a real life may be in the United States.

Both have secrets. Neither can afford to share the truth about themselves.

But someone is watching who will.