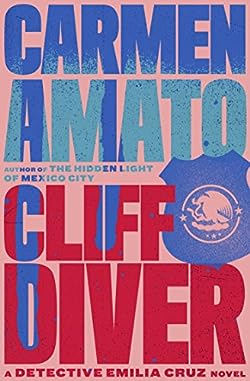 When Detective Emilia Cruz is put in charge of the investigation into her lieutenant’s murder, the odds are stacked against her. The head of the police union wants to direct the case from behind the scenes. The ambitious mayor of Acapulco offers political favors in return for a cover up. The other detectives are actively plotting against her.

Thanks to local hotel manager Kurt Rucker, Emilia uncovers the lieutenant’s sordid sexual past and his role in a kidnapping and extortion scheme. A little more digging and a rival detective becomes Emilia’s prime murder suspect.

But do family secrets point to a different conclusion?

Feeling like one of Acapulco’s famous cliff divers hoping not to crash on the rocks below, Emilia must choose between truth and survival. But no matter which choice she makes, she won’t be ready for the shock of the water.

And neither will you.