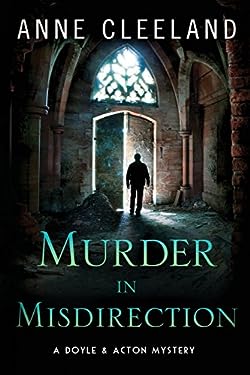 Kathleen was on maternity leave from Scotland Yard, and so Michael Sinclair, Lord Acton and DCI at the Yard, had some peace of mind that she was safe and out of the Met’s business that usually put her in harm’s way.

It was a bit puzzling, that Chief Inspector Acton hadn’t mentioned the body they’d discovered in the burnt-out church, even though he must have known that Doyle would find it of great interest.

Was the arsonist caught up in her own fire, or was there a deeper, more sinister tale told by the blackened rubble?

Although she was sidelined on maternity leave, Detective Sergeant Kathleen Doyle was fast coming to the realization that her husband hadn’t told her, because he was masterminding some scheme-a scheme that may-or-may-not involve arson, blood money, and the ducks of St. Petersburg.