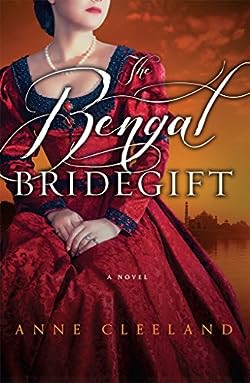 Timid and shy, Juno Payne has lived an uneventful life growing up in Calcutta–her father’s home port during those rare times when he wasn’t at sea, trading for the East India Company.

But news of her father’s death–and the cloud of scandal surrounding it–has suddenly made Juno the center of attention, as various factions attempt to seize her supposed bridegift–a fabulous cache of diamonds.

In vain, Juno protests that she knows nothing about a bridegift and that her father had no such fortune, but England’s enemies are not convinced, and Juno is forced to escape with an unlikely ally–a Barbary pirate.

Can she believe his extraordinary tale about her father, or is he only another one who is looking to steal her bridegift? Find out, as Juno plumbs depths of courage she never knew she had, and the fate of the world hangs in the balance.