Last Updated on March 20, 2021 The popular Alex Delaware series started in 1985 with When the Bough Breaks, which won an Edgar Award for Best First Novel. All books in the series involve Dr. Alex Delaware, a child psychologist who does consulting work for the police in Los Angeles. 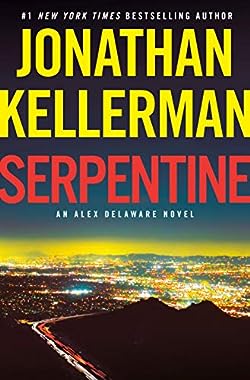 Who is Alex Delaware

Alex Delaware used to be a child psychologist, but he retired due to burnout when a sexual predator committed suicide right in front of him in Alex’s office. Now, he is mostly working with the police – especially his friend, Lt. Milo Sturgis, a gay homicide detective on the Los Angeles police force, where Alex is assisting as a psychologist when they call him on serious and dangerous cases where his knowledge, sense of observation, and skills are required.

Alex Delaware is a very controversial character, being anti-stereotypical,  with strong morals and ethics. He feels strong empathy for his clients, especially children, he is very good at his job and feels strongly about being a psychologist.

While he uses various techniques and tools to handle each case that is thrown towards him, his character remains more or less constant from book to book. He doesn’t really “evolve.” Whether you read the first book in the series or the last, you will find Alex Delaware to be pretty much the same guy.

Besides his empathy towards his clients and towards victims of all sorts of abuse, he has a keen eye for details and a great sense of observation. He can notice even the tiniest details around him. As a person, he does have a strong sense of ego, but he doesn’t flash it in front of other people. He is very polite, restrained (unless he is around very bad people) and he is not an arrogant person. Alex has strong morals. Due to his background and gained skills, he finds it rather easy to read people and research information on everything related to the particular case. Due to all these, Alex Delaware is one of the best detectives of our times.

The issue of homosexuality is present in this book, which creates a lot of controversy among the series readers. Reading the Alex Delaware books in order will not lessen from this theme. It is included from the beginning to the latest published novel.

While the series has been criticized for being too formulaic, mystery fans have him as one of their favorite authors due to the fast-paced non-stop action that his books are known for.

Some of the issues the book series tackles (besides homosexuality) are terrorism, insanity, human depravity, lack of morals, and the loss of personal identity.

The Alex Delaware series by Jonathan Kellerman is one of the most popular crime mystery series in our modern times.

Should we Read the Alex Delaware Books in Order?

I’ve read most of the book so far (have to catch up to 3 more) and I’d daresay it’s best to read them in proper order, however, if you get them out of order, you won’t miss all that much, as each book has its own plot that starts and ends with the book. I do love to follow a character that I got attached to, so if you are into character progression and development, then yes, reading them in order will make more sense to you.