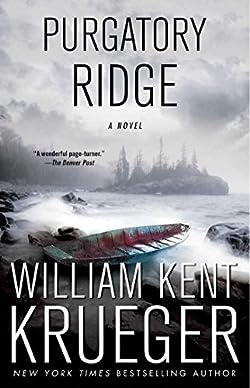 Fresh from his escapades in the popular Boundary Waters, Cork O’Connor finds himself mired once again in the mysteries of small-town Minnesota in this shocking new thriller from the award-winning author of Iron Lake.

Not far from Cork O’Connor’s small hometown of Aurora, Minnesota, lies an ancient 200-acre expanse of great white pines, sacred to the Anishinaabe tribe and known to them as Minishoomisag (Our Grandfathers). And just a stone’s throw from these prized trees, too close for comfort for many members of the Anishinaabe, lies the lumber mill of Karl Lindstrom, a wealthy industrialist hardly known for his sensitive environmentalism.

So when an explosion at Lindstrom’s mill results in the death of one of his night watchmen, it’s obvious that suspicion will fall upon the tribe members. When Cork is called in to help with the investigation, he has mixed feelings about the whole affair, to say the least. For one thing, he is part Anishinaabe himself. For another, his lawyer wife, Jo, represents the tribe. Now, Cork must grapple with his public duty and his private concerns as never before.