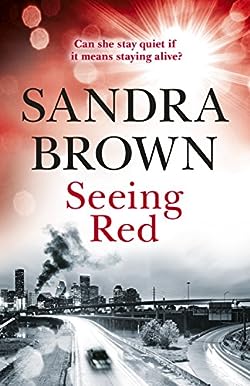 Kerra Bailey is a television journalist on the rise, and she’s hot on the trail of a story guaranteed to skyrocket her career to even greater heights: an interview with the legendary Major Trapper. Twenty-five years ago, The Major emerged a hero from the bombing of the Pegasus Hotel in downtown Dallas when he was photographed leading a handful of survivors out of the collapsing building.

The iconic picture transformed him into a beloved national icon, in constant demand for speeches and interviews–until he suddenly dropped out of the public eye, shunning all members of the media. However, Kerra is willing to use any means necessary to get to The Major–even if she has to wrangle an introduction from his estranged son, former ATF agent John Trapper.

Still seething over his break with both the ATF and his father, John Trapper wants no association with the hotel bombing or his hero father and spurns the meddling reporters determined to drag them back into the limelight. Yet Kerra’s sheer audacity and tantalizing hints that there’s more to the story rouse Trapper’s interest despite himself. And when her interview of a lifetime goes catastrophically awry–with unknown assailants targeting not only The Major but also Kerra–Trapper realizes he needs her under wraps if he’s going to track down the gunmen before they strike again . . . as well as discover, finally, who was responsible for the Pegasus bombing.