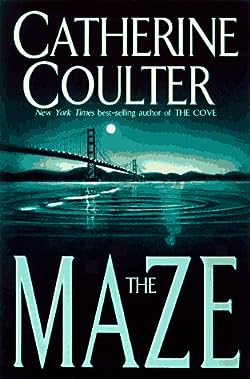 Lacey Sherlock’s life is forever changed when her beloved older sister’s body is discovered in an abandoned warehouse with multiple stab wounds. Belinda is the fourth victim of the String Killer, the handle the media has given to the serial killer who leads his victims into a maze with a ball of twine.

Seven years after Belinda’s death, Lacey, now an FBI special agent becomes a member of Dillon Savich’s new Criminal Apprehension Unit (CAU), where he has programs to aid in the apprehension of serial killers.

When the String Killer strikes again in Boston, Lacey immediately spots his handiwork, resulting in his capture. But did he really kill Belinda? Or was it someone closer to home? Together, Lacey and Dillon must discover the killer’s true identity – before they both become the next victims.