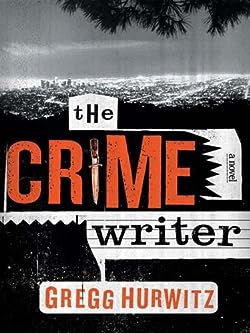 Drew Danner, a crime novelist with a house off L.A.’s storied Mulholland Drive, awakens in a hospital bed with a scar on his head and no memory of being found convulsing over his ex- fiancÃ©e’s body the previous night. He was discovered holding a knife, her blood beneath his nails. He himself doesn’t know whether he’s guilty or innocent. To reconstruct the story, the writer must now become the protagonist, searching the corridors of his life and the city he loves.

Soon Drew closes in on clues he may or may not have left for himself, and as another young woman is similarly murdered he has to ask difficult questions not of others but of himself. Beautifully crafted and heartbreakingly told, The Crime Writer confronts our inherent fear of what we might truly be capable of–good or evil. Like nothing he’s written before, The Crime Writer takes Hurwitz in an exciting new direction and is sure to reach a whole new audience.