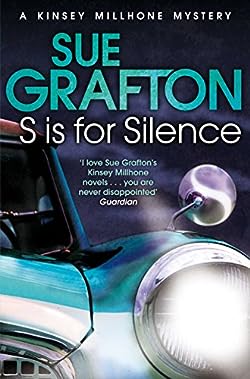 Book #19 in the Kinsey Millhone series

S is also for surprises in Kinsey Millhone’s 19th excursion into the world of suspense and misadventure, as Sue Grafton takes a whole new approach to telling the tale.

Cases don’t get much colder than that of Violet Sullivan, who disappeared from her rural California town in 1953, leaving behind an abusive husband and a seven-year-old named Daisy.

But P.I. Kinsey Millhone has promised Daisy she’ll try her best to locate Violet, dead or alive. Kinsey tries to pick up a trail by speaking to those who remember her—and perhaps were more involved in her life than they let on.

But the trail could lead her somewhere very dangerous. Because the case may have gone cold, but some peoples’ feelings about Violet Sullivan still run as hot as ever…