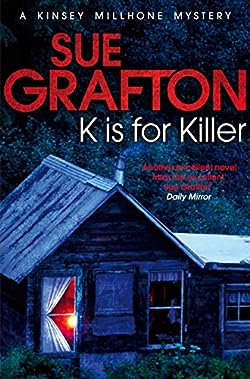 Features the wisecracking female PI Kinsey Millhone. Lorna Kepler was beautiful and wilful, a loner who couldn’t resist flirting with danger. The police cannot establish neither motive nor suspect for her death. So before Kinsey can expose a murderer, she must prove murder.

When Kinsey Millhone answers her office door late one night, she lets in more darkness than she realizes. Janice Kepler is a grieving mother who can’t let the death of her beautiful daughter Lorna alone. The police agree that Lorna was murdered, but a suspect was never apprehended and the trail is now ten months cold.

Kinsey pieces together Lorna’s young life: a dull day job a the local water treatment plant spiced by sidelines in prostitution and pornography. She tangles with Lorna’s friends: a local late-night DJ; a sweet, funny teenaged hooker; Lorna’s sloppy landlord and his exotic wife. But to find out which one, if any, turned killer, Kinsey will have to inhabit a netherworld from which she may never return.