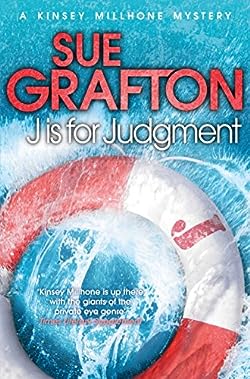 Five years ago, when Jaffe’s thirty-five-foot Fuji ketch was found drifting off the Baja coast, it seemed a sure thing he’d gone overboard. The note he left behind admitted he was flat broke, his business bankrupt, his real estate gambit nothing but a huge Ponzi scheme about to collapse, with criminal indictment certain to follow. When the authorities soon after descended on his banks and his books, there was nothing left: Jaffe had stripped the lot.

But Jaffe wasn’t quite without assets. There was the $500,000 life insurance policy made out to his wife and underwritten by California Fidelity. With no corpse to prove death, however, the insurance company was in no hurry to pay the claim. Dana Jaffe had to wait out the statutory five years until her missing husband could be declared legally dead. Just two months before Wendell Jaffe was sighted in that dusty resort bar, California Fidelity finally paid in full. Now they wanted the truth. And they were willing to hire Kinsey Millhone to dig it up.

As Kinsey pushes deeper into the mystery surrounding Wendell Jaffe’s pseudocide, she explores her own past, discovering that in family matters as in crime, sometimes it’s better to reserve judgment.