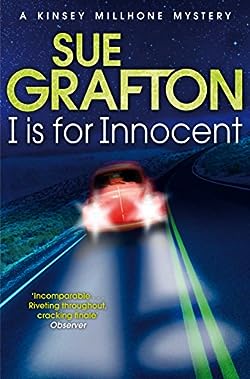 Lonnie Kingman is in a bind. He’s smack in the middle of assembling a civil suit, and the private investigator who was doing his pretrial legwork has just dropped dead of a heart attack. In a matter of weeks the court’s statute of limitations will put paid to his case.

Five years ago David Barney walked when a jury acquitted him of the murder of his rich wife, Isabelle. Now Kingman, acting as attorney for the dead woman’s ex-husband and their child (and sure that the jury made a serious mistake), is trying to divest David Barney of the profits of that murder. But time is running out, and David Barney still swears he’s innocent.

When Kinsey Millhone agrees to take over Morley Shine’s investigation, she thinks it is a simple matter of tying up the loose ends. Morley might have been careless about his health, but he was an old pro at the business. So it comes as a real shock when she finds his files in disarray, his key informant less than credible, and his witnesses denying ever having spoken with him.

It comes as a bigger shock when she finds that every claim David Barney has made checks out. But if Barney didn’t murder his wife, who did? It would seem the list of candidates is a long one. In life, Isabelle Barney had stepped on a lot of toes.