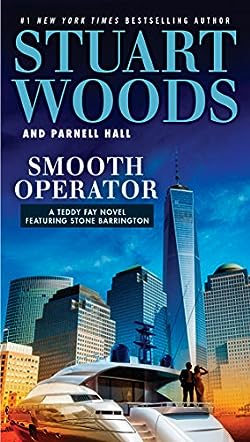 When President Kate Lee calls Stone Barrington to Washington on an urgent matter, it’s soon clear that a potentially disastrous situation requires the kind of help more delicate than even he can provide . . . and he knows just the right man for the job.

Teddy Fay: ex-CIA, master of disguise, and a gentleman not known for abiding by legal niceties in the pursuit of his own brand of justice.

Smooth Operator focuses on former CIA assassin, Teddy Fay,  who is quite adept at disguises and ignoring laws when it comes to achieving his ultimate goals.

Readers have long asked for a Teddy Fay series, and Stuart Woods delivered.