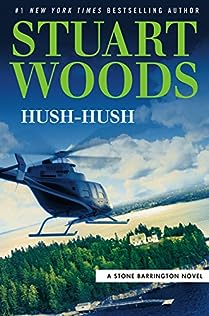 Stone Barrington faces down a rival with cutting-edge tactics in this heart-racing thriller from the #1 New York Times bestselling author.

Stone Barrington is settling in for some downtime in New York City when an anonymous enemy makes himself known. This nameless foe’s threats hit close to home, and before Stone can retaliate, the fearsome messages turn into very real consequences.

With the help of old friends–and a lovely new tech-savvy acquaintance–Stone sets out to unravel the fatal agenda. But as the web of adversaries expands, Stone realizes that no place is safe, and he’ll have to flush out the mastermind before he and those closest to him are silenced for good…

This time around, Stone’s life is threatened by his old enemies in the Russian mob, when he receives an email from an unknown source demanding a million-dollar ransom in exchange for unlocking his computer and returning his files. . They end up chasing each other back and forth between many of his residences in NYC, Paris, and London.