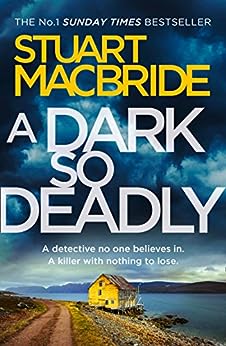 A gripping standalone thriller from the Sunday Times No. 1 bestselling author of the Logan McRae series.

It’s a bizarre find: when they discover a mummy on a landfill, the police suspect it was stolen from a museum. Until another mummified corpse is found, and X-rays show that the dead are by no means antique: the men were the victims of a killer who was acting with utmost cruelty and whose work is not yet complete … DC Callum MacGregor identified in the most enigmatic series of murders that Scottish Oldcastle has ever seen.

Welcome to the Misfit Mob…

It’s where Police Scotland dumps the officers it can’t get rid of, but wants to: the outcasts, the troublemakers, the compromised. Officers like DC Callum MacGregor, lumbered with all the boring go-nowhere cases. So when an ancient mummy turns up at the Oldcastle tip, it’s his job to find out which museum it’s been stolen from.

But then Callum uncovers links between his ancient corpse and three missing young men, and life starts to get a lot more interesting. O Division’s Major Investigation Teams already have more cases than they can cope with, so, against everyone’s better judgment, the Misfit Mob are just going to have to manage this one on their own.

No one expects them to succeed, but right now they’re the only thing standing between the killer’s victims and a slow, lingering death. The question is, can they prove everyone wrong before he strikes again?