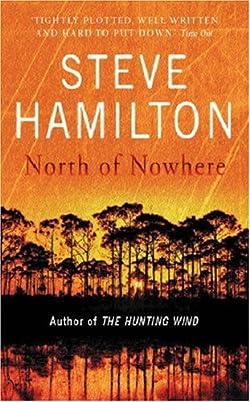 Summer has finally arrived in Paradise, Michigan, but Alex McKnight doesn’t seem to notice the change in the weather. He’s been retreating into own his private world the past few months and now he barely leaves his cabin except to go have his meals in the nearby Glasgow Inn.

The Inn’s proprietor, Jackie, is more and more concerned with Alex’s state, and the last straw comes as he watches Alex morosely counting up his “failures” on the eve of his 49th birthday– his marriage, his baseball career, his stint in the Detroit police. He offers his friend an ultimatum: “Either I take you to the airport and put your ass on a plane to Moosehide or you play poker with me tonight.”

The other poker players are men Alex hardly knows, in a posh house near the water. In the middle of the game, masked robbers invade the premises, hold the players at gunpoint and proceed to rob the homeowner. Alex is roused to action and so is his former detective partner, Leon Prudell.

Working first against one another and later together, they discover that the crime is far more complex than a simple robbery. There is murder and greed and revenge involved, and a wild chase on the waters of Lake Superior before Alex is forced to realize that there is no retreat from life. And that maybe this is a good thing.