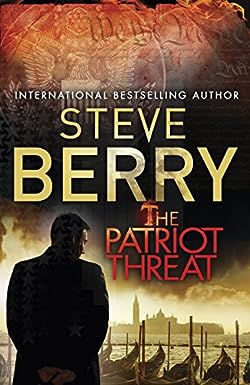 Cotton Malone, once a member of an elite intelligence division within the Justice Department known as the Magellan Billet, is now retired and owns an old bookshop in Denmark.

But when his former-boss, Stephanie Nelle, asks him to track a rogue North Korean who may have acquired some top secret Treasury Department files—the kind that could bring the United States to its knees—Malone is vaulted into a harrowing twenty-four hour chase that begins on the canals in Venice and ends in the remote highlands of Croatia.

With appearances by Franklin Roosevelt, Andrew Mellon, a curious painting that still hangs in the National Gallery of Art, and some eye-opening revelations from the $1 bill, this riveting, non-stop adventure is trademark Steve Berry—90% historical fact, 10% exciting speculation—a provocative thriller posing a dangerous question: What if the Federal income tax is illegal?