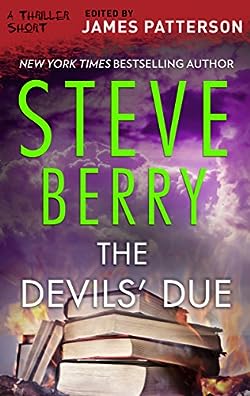 In this alternative-history-with-a-twist Thriller Short, New York Times bestselling writer Steve Berry explores one of Cotton Malone’s early missions, from a time when Malone was still employed as one of the Magellan Billet’s twelve agents.

Malone is sent on a mission to a small, central Asian country run by an enigmatic dictator, Yossef Sharma, whose alliance with the United States must be kept under wraps. It’s not a mission Malone enjoys since Sharma has a penchant for burning books.

Things get even more interesting when Sharma connects Malone with the world’s most infamous criminal, a man who wants to surrender. Things are not always what they seem, and Malone will need Sharma’s help if he plans to set things right and give the devil his due.

A short story where Cotton Malone meets one of the most wanted men in the world.