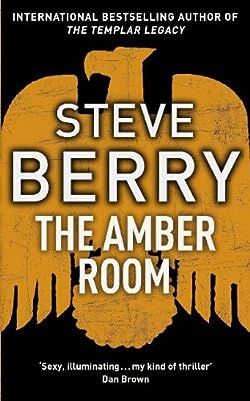 Forged of the exquisite gem, the Amber Room is one of the greatest treasures ever made by man–and the subject of one of history’s most intriguing mysteries.

German troops invading the Soviet Union seized the Room in 1941. When the Allies bombed, the Room was hidden, and it has never been seen since. But now, the hunt has begun once more.

Atlanta judge Rachel Cutler loves her job and her kids, and remains civil to her ex-husband, Paul. But everything changes when her father dies under mysterious circumstances, leaving behind clues to a secret about something called the Amber Room.

Desperate for the truth, Rachel takes off for Germany with Paul close behind. Before long, they’re in over their heads. Locked into a treacherous game with professional killers, Rachel and Paul find themselves on a collision course with the forces of greed, power, and history itself.