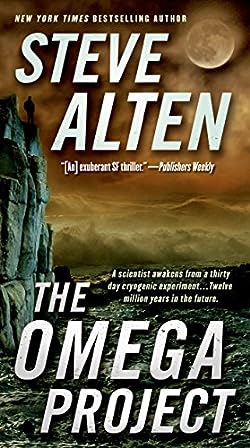 Robert “Ike” Eisenbraun is a scientist who is asked to accompany a team for space travel to Europa, Jupiter’s moon to mine for much-needed ore.

Before the trip, he has to find the psychopath who could jeopardize the entire mission. Much to his surprise, the culprit is his own computer, an AI called GOLEM he developed a while ago.

Before he even realizes, he’s put to sleep and sent to a cryogenic chamber where he awakes…12 millions years after. Similar to the entire town of Wayward Pines in Blake Crouch’s trilogy. The world is much different from what Ike knew back in his time. It is hostile to humans, inhospitable and the future is very dire for anyone still alive.

A strange book but full-packed with adrenaline, action and lots to think about our own Earth in the process.