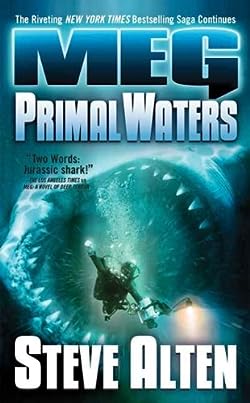 After 18 years since the previous MEG adventure, we’re back once again with Jonas Taylor, who, this time around, is no longer the young scientist he was before. He now is a middle-aged man with two sons, and lots of bills to pay to feed his family. Not only that but due to his financial troubles Jonas and is about to lose the Tanaka Institute, especially since MEG, the main attraction, is no longer there.

When a Hollywood television producer asks Jonas to be part of his team called Daredevils, focusing on survival in water series, Jonas jumps at the idea because a job means money to pay the bills.

So they sail to the South Pacific Ocean for a six-week voyage where two competing teams will have to outdo each other, all in front of the camera, following the usual reality-show type material.

But, as with any MEG book, the ancient, primeval shark Angel is back and Jonas has to face his nemesis once again, despite him having a serious case of PTSD from their previous encounters.