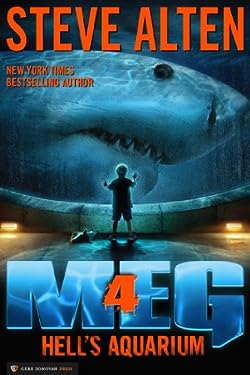 Angel, the 100,000 pound Megalodon, is back at the Tanaka Institute in the aquarium. She now has four pups she lives with: Lizzie, Bela, Mary Kate, and Ashley. When the pups are becoming too big for the tanks they’re in, they cause all kinds of issues at the aquarium.

In this latest MEG episode, the story focuses on three different plotlines: the Megs in captivity, a new aquarium in Saudi Arabia where the owner, prince Bin Rashidi, wants to bring the strangers and most unknown creatures, even if it means destroying the Taylors in the process, and a group of an extremist animal rights group which wants the Megs released into the waters, consequences be damned.

When Taylor accepts the prince’s offer of going to Saudi to train the aquarium staff in dealing with the two megs he sold to them and also train the pilots to use the Manta Ray submersibles, he realizes that the prince wants him for more nefarious purposes.