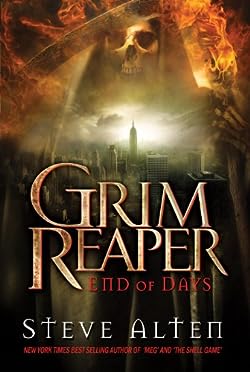 When deadly plague is released amongst the crowded confines of Manhattan island, it is up Patrick “Shep” Shepherd to save his family and humanity altogether.

Mary Klipot, a bio-hazard level-4 scientist who is working at the CIA labs in Fort Dietrick decides that it’s time for the America’s enemies to be destroyed once and for all. So she creates Scythe, a potent version of the Black Death virus that is nothing short of a deadly plague.

She infects herself with the virus and enters the Big Apple. As the death toll rises, to affect millions of Americans, Patrick Shepherd, Iraq War veteran, amputee, broken person from inside and out, and unlikely hero, is destined to stop the plague from destroying the entire Earth.

He finds the antidote to the plague and the first thing he decides to do is inject his alienated family with it to save them. But in order to do that, he has to descend the Nine Circles of Hell, as shown in Dante’s Inferno.

While he is trying to save humanity, the Grim Reaper is stalking Patrick, never far away from sending him straight to Hell.