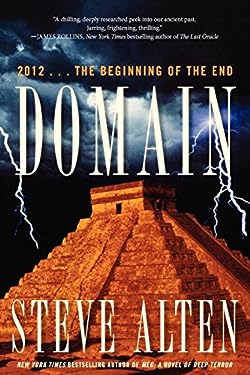 Archaeologist Julius Gabriel has studied the Mayan Calendar for 35 years, researching its time-old prediction about the end of humanity. Julius is convinced that the various sites of the ancients that are placed in strategical spots all around the world, such as the Nazca Plateau, have a connection with the doomsday prediction and a possible way to save humanity from extinction.

When Julius died, his son, Michael (Mick) Gabriel, is challenged in his belief of the Mayan prophecy by someone who manages to discredit him. After beating him to a pulp, Mike is sent to a mental institution where he spends the next 11 years in solitary confinement.

December 21, 2012, is nearing, so Michael must do everything he can to escape and save the world from dying. In this, he enlists the help of Dominique Vasquez, a new psychologist intern working for the mental institution. Together Mick and Dominique have to put their minds together to stop the Doomsday prophecy before it’s too late.