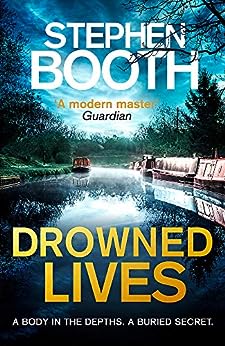 Set in and around the dark, misty canals of Lichfield, Stephen Booth’s new historical standalone novel is awash with mystery, an intricate, complex, and richly detailed family drama and mystery that spans two centuries right up to the 1990s, set in Lichfield, Staffordshire.

When council officer Chris Buckley is approached by a strange old man demanding help in healing a decades-old family rift, he sends the stranger away.

But then the old man is murdered, and the police arrive on Chris’s doorstep asking questions to which he has no answers.

As he begins to look into the circumstances of the murder, he uncovers a deadly secret in the silt and mud of the local canals that he’ll realise was better kept buried.

Booth’s real strengths in this compulsive read is his attention to detail and his stellar creation of Chris.

This stand-alone novel is reasonably entertaining but if you’re expecting something similar to the standard of the Fry and Cooper series, you will be disappointed.