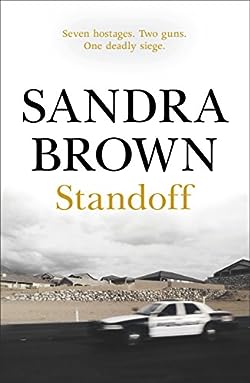 Ambitious TV reporter Tiel McCoy is driving through New Mexico when she hears over the radio that Sabra Dendy, the 17 year-old daughter of Fort Worth multimillionaire Russell Dendy, has been kidnapped. Tiel calls her editor and learns that Sara was “kidnapped” by her boyfriend Ronnie and is pregnant.

Tiel is at a gas station store when an armed couple robs the cashier and orders all the customers to the floor. The girl goes into labor and Tiel realizes that she has a huge story on her hands. A tense standoff begins as the FBI and Russell Dendy wait outside. Tiel learns that Sabra and Ronnie are more afraid of her father-who plans to put the baby up for adoption-than of the FBI and would rather die together than surrender and be kept apart. Now it is more than just a story to Tiel as she fights to prevent these two kids from becoming a tragedy.

The situation quickly spins out of control, however, and the reporter finds herself at the center of a tense situation that could have devastating consequences for all involved.