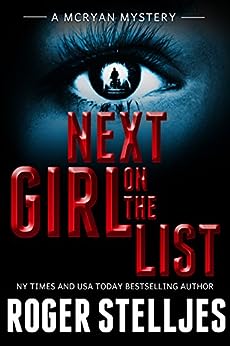 A killer is silently stalking his next victim… your name is next on the list…
Her body is found face down… carefully emulating a masterpiece… and a timer is rapidly ticking down to the next killing.

It had been so long since she had someone in her life. She thought he was amazing. The perfect guy – the perfect date. His calculated game of seduction and deception worked flawlessly. After luring her into his death trap, he quietly slid out the door and disappeared yet again without a trace.

What clues are hidden in a picture perfect murder?

Complex obscure clues woven into intricate crime scenes challenge Mac McRyan, all while a warped mind taunts him and stalks another innocent soul. As time relentlessly ticks down, Mac is forced to fight not only his own instincts, but a deceptively treacherous killer in his most mind-bending and dangerous case yet.

A heart-stopping killer thriller that fans of John Sandford, Lee Child and Michael Connelly will be hooked on by one of the best new authors in crime fiction.