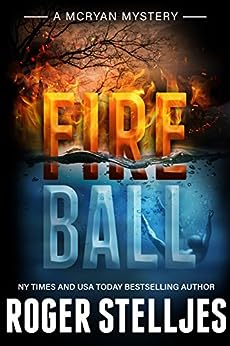 He slowly eased back on the throttle and brought the boat to a stop on the desolate river. They zipped the large canvas bag shut and then hoisted the body over the side of the boat and watched as it slipped beneath the dark surface. Looking to the west, they could see fiery storm clouds were brewing… an eery sign of the fire storm of brutal killings and ruthless revenge to come.

Intense. Dangerous. Addictive.
Detective Mac McRyan returns home to Minnesota to find the dead body of a retired police detective in the scraggly trees along the rough shores of an island in the Mississippi River. His nearly unrecognizable body was beaten and tortured. Mac and Detectives Lich, Riles and Rock are assigned to investigate the murder but the case is about far more than a dead ex-cop.

As the detectives dig deeper and pull back the layers on the murder they get far more than they’ve bargained for. Their investigation unleashes a mysterious, ruthless and fearless opponent who will stop at nothing and will kill anyone.

A heart-stopping killer thriller that fans of John Sandford, Lee Child and Michael Connelly will be hooked on by one of the best new authors in crime fiction.