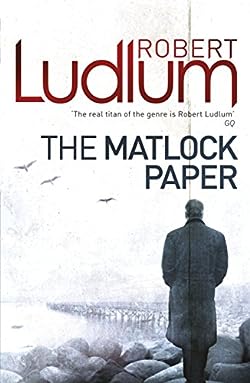 All the most prestigious American universities and beyond…the judiciary, medical services, police, local government…Nimrod controls all. Even the Mafia wants to make terms.

The name on the computer screen is James Barbour Matlock, college professor and Vietnam veteran.

He’s Washington’s choice to stop a far-reaching conspiracy in an undercover assignment destined to put his neck against the razor’s edge of danger. But the faceless men behind the scenes don’t care if it means savaging the woman he loves or trapping him in a maze of unrelenting terror.

They just care about one thing: Matlock is the perfect man for the job—and the reason why is disturbing, explosive, and extremely deadly.