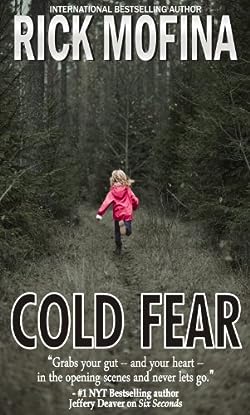 In the heart of the Rockies in northern Montana, a massive search is launched up to find the little Paige, ten years old, lost in the Glacier Park.

Emily and her parents, Doug Baker, had set up their camp in the Devil’s Hand area and, according to the father, planned to walk the Dent-du-Grizzly Trail, the most isolated in the park and also the more dangerous.

Since the father has an ugly wound in his hand and the reasons given to justify this reckless journey did not convince the park authorities, the FBI was asked to help, just like a police inspector from San Francisco, where resides the Baker family. But time is running out, and as investigators try to find out what the bartenders have to hide, the fear of finding the girl dead is becoming more and more palpable.

When the Star editor learns that Walt Sydowski from the Homicide squad has been dispatched to participate in this investigation, he sends Tom Reed to check out the situation.