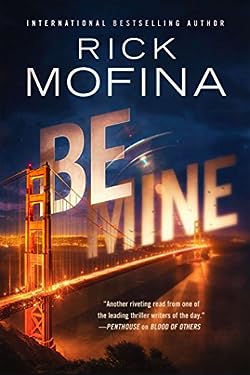 During his years as a crime reporter in San Francisco, Tom Reed had seen a lot of sick messages, but the one just delivered to his fellow reporter Molly Wilson is different — it’s shockingly personal, written in human blood.

SFPD Homicide Inspector, Walt Sydowski, has grappled with horrific cases but the one confronting him now is unlike anything he’s ever faced — the murder of a fellow detective.

As Sydowski works on his most challenging case Tom races to save his career, and Molly.

Be Mine is a study in psychological suspense that takes the reader on an unrelenting nail-biting journey into the darkest regions of the SFPD Homicide Detail, The San Francisco Starnewsroom and a tormented human heart.