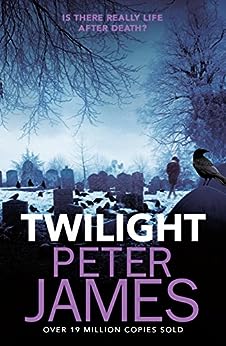 The imminent death experience is that of people who are clinically dead before being resuscitated and who testify to what they saw on the other side.

Three muffled thuds ring from the partially filled grave of the newlywed girl. Only the verger hears them and he dismisses the noise as his imagination. But over the next few days others also hear faint sounds.

An exhumation order is granted. Reporter Kate Hemingway sneaks into the small suburban churchyard when the coffin is opened, and the scene she witnesses is so horrific she can never forget it. As she starts work on the story, Kate finds herself caught up in a sinister and macabre cover-up.

At the centre is a respected anesthetist who has a secret obsession. He believes people can exist outside their bodies and that if he can prove it he will provide the answer to the question that has haunted mankind through the ages: is there life after death? Nothing – and no one – is going to stand in the way of his driving ambition . . .