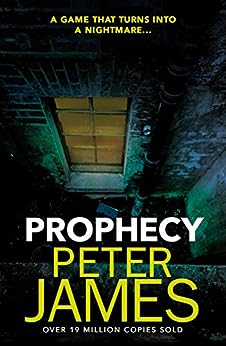 A paralysing novel of terror from the author of The TRUTH.

Francesca Monsanto meets a man and his son racing to catch a train. It is a meeting she never anticipated, but one that was meant to be. As their relationship develops the coincidences that brought them together take on a dangerous aspect.

A game that turns to a nightmare …

Non Omnis Moriar
I shall not altogether die

A young boy watches his mother die. A sadistic man dies in agony. Drunk students play with a Ouija board in a damp cellar. Can bricks and mortar retain imprints of the emotions experienced within them?

Frannie is delighted when a chance meeting with a handsome man and his son leads to a romance. The fact that the relationship is marred by gruesome tragedies, she dismisses as an unsettling coincidence. But eventually, she can no longer ignore the fact that she is the only thing linking these horrible events. Is it a murderous practical joke? Or worse…?

There is something about Frannie that brings out the worst in Oliver’s son Edward, something evil that joins them in a Dance of Death… the girl born in a city of London alley and the heir to the aristocratic and ancient house of Sherfield.