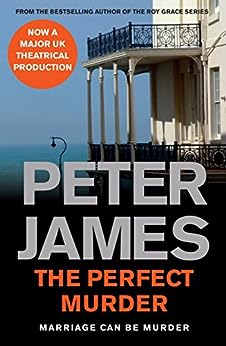 Victor Smiley and his wife Joan have been married for nearly twenty years, but each barely recognises the person they wake up with every morning. Victor is so fed up with his job at the local egg-box factory -as well as distracted by his visits to his favourite prostitute, Kamila- that he hardly notices his wife’s constant ridicule.

Joan has resigned herself to the fact that Victor will never see beyond her double-chin to a new hair cut or outfit. She even puts up with his constant snoring which keeps her up night after night. Just. For unbeknownst to Victor, Joan is taking her sweet revenge: spending large amounts of money on his credit card, kitting herself out in a sexy new wardrobe, to impress her secret lover, Don.

But then, as the bills mount, Victor loses his job. Soon he realises that the only way he can achieve his dream of setting up home with Kamila is to get Joan out of the picture. But Victor is about to get a nasty surprise. For he’s not the only one with murder on his mind …